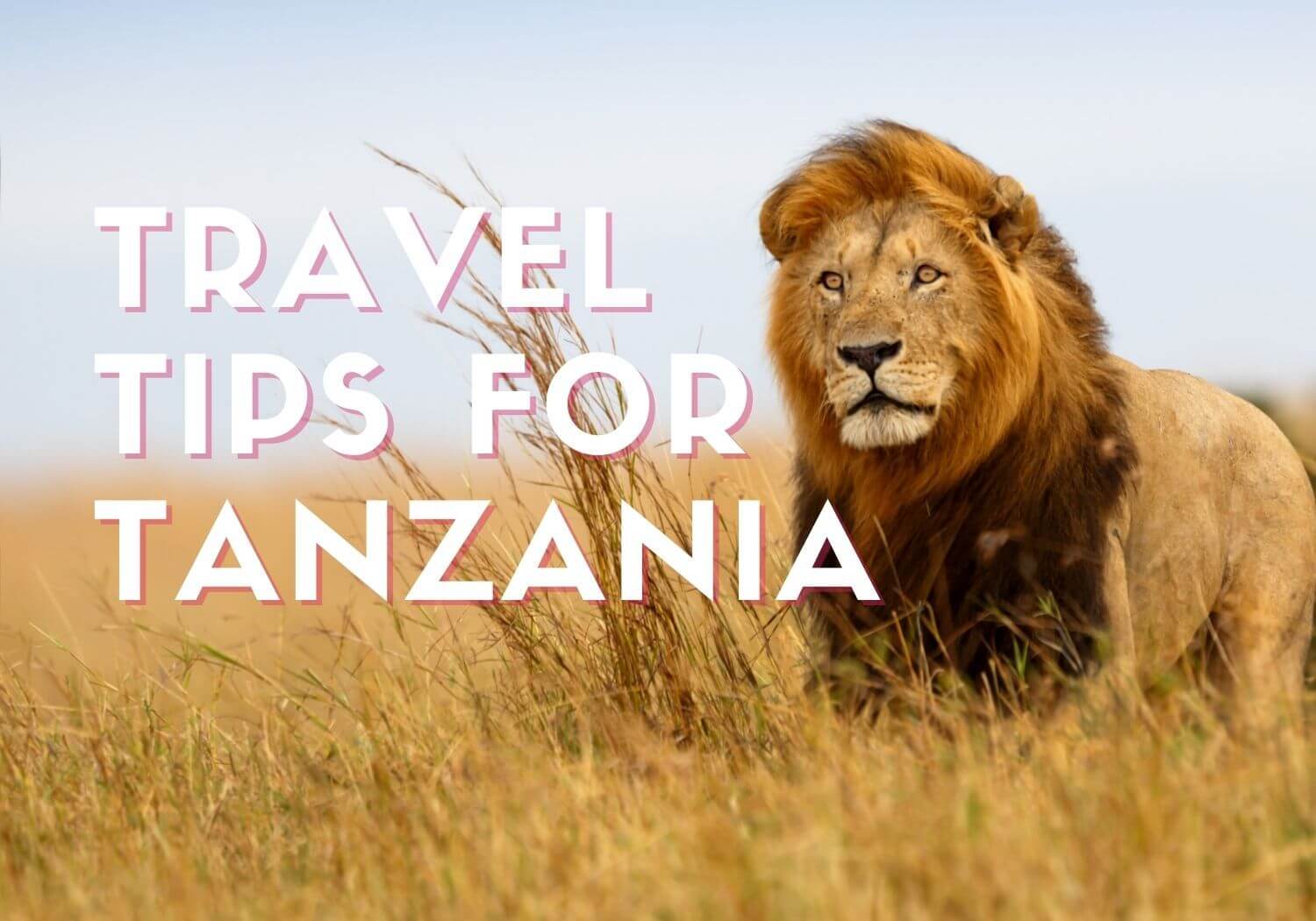 Going to Tanzania? Joining one of our Tanzania tours? You’re in the right place.

In this article you will find travel tips for Tanzania, movies and shows about the country, books you can read to go deeper into the culture, and Tanzanian music to get into the mood.

Be prepared for your trip with our Tanzania travel tips and get ready for a fabulous trip!

A brief history of Tanzania

Our Tanzania travel tips start with a bit of background to get you situated.

Tanzania is a massive and very diverse country and it is this diversity that makes it such a great destination for first time safari goers. No matter what your safari goals are, you will be able to fulfil them in Tanzania.

You can go from the highest peak in Africa to the beaches of Zanzibar in a 2h flight, explore a massive extinct volcano and caldera that has created a unique eco-system where species thrive, or discover the remote shores of Lake Tanganika or Lake Victoria, the mountains of Mahale where chimpanzees live or the arid landscapes of Selous or Ruaha.

Because nothing can help us understand a country’s culture and traditions than its past, we want to start off with a brief history of Tanzania.

Of all the East African countries, Tanzania is probably the one with the richest heritage. Some of the first ever human remains were found in Olduvai Gorge by Louis and Mary Leakey and date back 1.75 million years.

The San people lived in Tanzania since 5,000 BC and were later absorbed by the Bantu in 500 AC. Today the majority of Tanzanians are of Bantu origin.

Explorer Ibn Battuta first arrived in Kilwa (today a UNESCO site) in 1331 and found a thriving town that had been populated by a mix of Arabian traders and local people and was the center of slave trade.

Portuguese explorer Vasco da Gama first discovered Tanzania in 1498 making it a Portuguese colony and the center of slavery and ivory trade for just about two centuries. Omani traders took control of Zanzibar and turned it into a hub of slave and spice trade in 1699.

In the 19th century, Tippu Tip Sultan, from Zanzibar, dominates the slave trade in Tanzania with an empire extending all the way to the Congo River. The Sultan of Oman sets up his palace in Zanzibar and ultimately agrees to abolish slave traffic under the pressure of the British Consul in 1873.

In parallel, Germany starts to expand its territories in East Africa conquering parts of mainland Tanzania. In 1890, the British and the Germans sign an agreement to divide East Africa whereby the Sultan of Zanzibar maintains authority over Zanzibar and the coast, Britain has a protectorate over the island and Germany maintains control over mainland Tanzania, called Tanganyika.

In the middle of the WWI, Britain, Belgium and South Africa occupies German Tanganyika and by the end of the war, through the Treaty of Versailles, Britain is given control over mainland Tanganyika.

In 1946, The United Nations changed Britain’s rule into a Trusteeship which remained as such until 1961 when Tanganyika achieved independence from Britain with Julius Nyerere as President.

Zanzibar remained under the Sultan’s sphere until 1964 when a violent revolt proclaimed independence and the island merged into Tanganyika to create Tanzania.

The 350 years of Omani influence made Zanzibar a very unique island with strong Arabian feel, traditions and culture. Islam is the dominant religion and it is easy to draw parallelism between Omani architecture and that of Stone Town.

But the country’s history doesn’t end there. In 1978, Ugandan dictator Idi Amin invaded a small part of Tanzania to which the country responded by occupying most of Uganda all the way to the capital and forcing Amin to flee.

With the death of Nyerere, the country transitioned to multi-party democracy and has conducted several democratic elections. The current president, Samia Suluhu Hassan, has been in power since March 2021 and is the first female president of Tanzania. She took over from the previous President who is believed to have died from COVID complications.

Below you’ll find some quick fire facts to get you started on our Tanzania travel tips.

This is an amazing country but there are some things you need to know before visiting Tanzania in order to make the most of your trip. In this section, we aim to tell you some Tanzania travel tips and advice so you can be fully prepared. We hope you’ll find them useful!

Tip: Let the store staff set up your SIM card for you after purchase so they can enter any necessary settings.

Our travel tips for Tanzania would not be complete without talking about the local customs and culture in Tanzania which, for most of us, is probably different from what we are used to.

What to expect on safari

Because everyone visiting Tanzania comes for the safari, some of the most important things you need to know before traveling to Tanzania revolve around game drives. Check out our packing list for details on what to wear and read below for useful Tanzania safari travel tips.

Tipping is always a personal decision based on the service you have received. However, like in the US, Tanzania tourism staff (especially those working in the safari industry) rely on tips to make a good living.

You can tip in Shilling or USD but USD will be preferred. Bring lower denomination notes for small tips and make sure that the notes you carry are in perfect state (not teared) and newer than 2009.

Below is a guide for how much to tip the various people who will serve you while in Tanzania:

Music and bands from Tanzania

Tanzania has its own vibe and its own music genre, Bongo Flava, a mix of Reggae, Afrobeat, Blues, Rasta and Dancehall with local musical traditions like Taarab and Dansi. It sounds a bit like Reggaeton but with an African twist.

The music originated in Dar es Salaam, the city which also gives it its name. Bongo is a derivative of a nickname used for the city and flava stands for flavor. Although the genre is new (1990s), it has quickly expanded across East Africa and even the US. You can listen to some of the Bongo playlists on Spotify.

If you want to get acquainted with the local music scene, we’ve put together a Spotify playlist of great songs to accompany your trip to Tanzania.

Books about or set in Tanzania

Tanzania has inspired many movies, epic adventures and books, some of which have become classics. Below are some recommendations for inspiring, historic and interesting reads.

Movies about or shot in Tanzania

Below is a list of documentaries, movies and shows you can watch to learn more about Tanzania or simply marvel at its beautiful landscapes.

More Reading Before Your Tanzania Trip