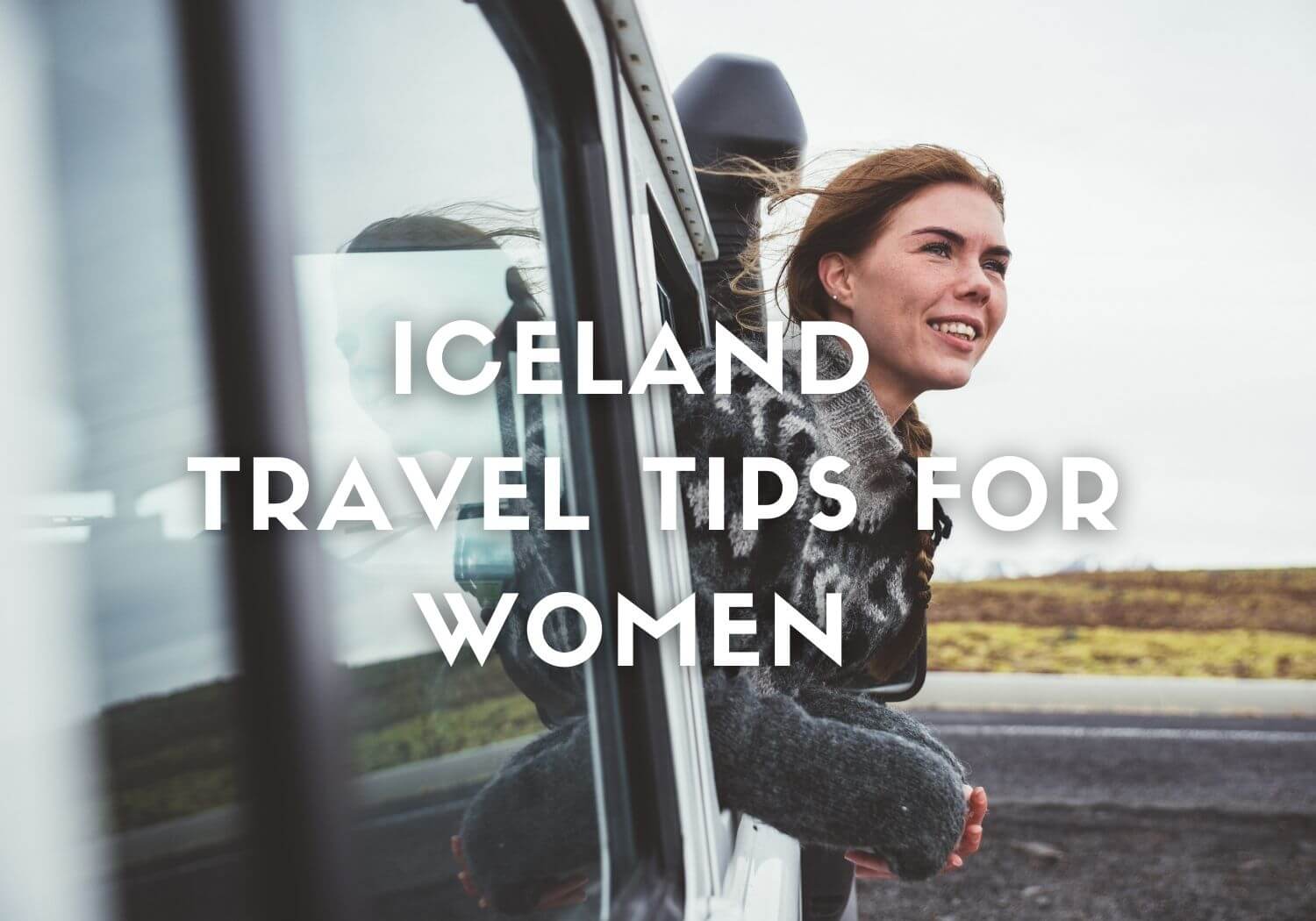 Going to in Iceland? Joining one of our Iceland tours? You’re in the right place.

In this article you will find Iceland travel tips, suggestions for things to do in Reykjavik in case you are extending your trip, movies and shows about Iceland you can watch to get to know the country better, books about Iceland that take you deeper into the culture and Icelandic music to get into the mood.

Be prepared for your trip with our Iceland travel tips and get ready for a fabulous trip!

Iceland is a unique and very special place with its own set of rules and quirks that are best explained in a post shared by a fellow group member – don’t miss reading it because it gives exclusive insight into Icelandic culture.

Below are some additional tips that we are sure you’ll find useful:

Things to do in Reykjavik

Reykjavik is a cozy, walkable and very manageable city on foot. Most of the main tourist attractions are either in the city center or by the seaport. The city is also perfectly positioned to join day tours to some of the sights in the eastern part of the island.

During our tour, we will be visiting most of the sights in the southern part of Iceland, but there is plenty more to see which you can easily explore on your own or by joining a day tour.

Below is a list of some of the best things to see and do in Reykjavik and nearby.

Tip: please check opening times of all the museums and places of interest before going as these change often through the year.

Several species of whales inhabit the waters around Iceland. Some live there year-round but most spend time there as part of their migratory routes. A whale-watching tour is one of the most popular activities to do in Reykjavik and finding the right tour is easy because there are many options. Here are some we recommend:

See Iceland from a helicopter

Treat yourself to a 1 hour helicopter ride over Reykjavik and Iceland’s volcanoes, colorful mountains and hot springs for this once in a lifetime experience.

How to: Book your helicopter ride here.

Icelandic food is a unique cuisine rarely found outside the country. With Nordic food experiencing a revival one of the most interesting tours you can take in Reykjavik is a food tour.

Restaurant hop as you sample the most famous dishes that combine what the country is famous for: seafood and lamb. The tour runs in the morning for lunch and in the evening for dinner and it makes for a great way to enjoy an evening out with a fun, friendly atmosphere.

How to: Book a 3 hour food tour and taste 8 dishes from 8 restaurants including lobster and lamb soups, a hot dog from a street stand, ice cream and so much more.

Tip: Turn up hungry for this, there is a lot of food to sample.

During our October trip, we will have a chance of seeing the Northern Lights while staying at ION Adventure hotel, but one can never have too much of the beautiful Aurora so one of the best ways to make the most of the dark winter Icelandic nights is by going on a Northern Lights tour.

How to: To go chase Northern Lights you will have to book a tour. Here are a few options, all happening at night from September to March:

Are you a fan of Game of Thrones? The show arguably made Iceland more famous than ever and with reason.

There are tours that will take you to the most popular and famous spots near Reykjavik so you can feel like one of the characters. Local “actors” will recreate some scenes and show you images from the show against the real background.

How to: Book a day tour here.

Go inside a volcano

Iceland is the land of fire and ice and there are so many volcanoes that it’s hard to keep track. One of the most interesting experiences is that of descending 120 meters inside the volcano and you can do just that at Thrihnukagigur Volcano.

The tour starts from Reykjavik and involves a 45min hike to get to the entrance of the volcano where you will step on a platform and descend into the crater for about 10min before you get to enjoy the incredible volcano cave.

How to: Book a half day tour to the volcano here. This includes the transfers and a meat or vegetable soup. The tour lasts 6h including about 2h hiking to and from the volcano’s entrance.

One of the most incredible experiences one can have in Iceland is snorkelling between the American and European tectonic plates, something you can do at the Silfra fissure. Don a wet suit and enjoy visibility of up to 100 meters while the staff takes photos of you in this very unique environment.

How to: Book a half day tour here. The tour includes all snorkeling equipment, transfers from Reykjavik and photos of the experience.

This full day tour from Reykjavik starts with a snowmobile experience then follows with a hike around the glacier and ice caves and ends with a hot spring thermal bath in a natural environment.

How to: Book this tour here. This is not including meals and drinks which you can purchase there. The tour requires two people booking so you might want to find a buddy among the rest of the guests, who is interested in joining you!

The Snæfellsjökull Peninsula is like a mini Iceland in that it has hot springs, mountains, waterfalls, a dramatic coastline and volcanoes.

You can go on a tour to see the black sand beach at Djúpalónssandur, the famous Game of Thrones conical Kirkjufell Mountain, seals basking in the sun on the beach (in season), Snæfellsjökull glacier and more.

How to: Book the tour here. Hotel pick up is available, lunch is not included.

Iceland is undoubtedly linked to whales and nowhere can you learn as much about these majestic and enormous creatures than at the Whales of Iceland Museum where you can see models of 23 different kinds of whales including a massive sperm whale.

How to: Entry tickets cost $23 and you can get them at the entrance or in advance here.

Learn more about the Northern Lights

Visit the Aurora Reykjavík – The Northern Lights Center, and learn everything you need to know about this incredible natural phenomenon. There are exhibits and panels explaining the science behind the beautiful lights and a room where you can sit on the floor and be mesmerised by the dancing lights.

Then complement the experience with Áróra – The Northern Lights Planetarium Show at one of the water tanks inside Perlan, the stunning glass-domed building on top of the hill that can be seen from anywhere in Reykjavik and .

How to: Tickets for the Aurora Center cost about $16 and you can buy them at the museum or in advance here. Tickets to the Planetarium Show can be bought in advance here. We recommend you make sure to buy them before going all the way.

The Icelandic Phallological Museum, aka Penis Museum, is a fascinating place to explore. You won’t find the equivalent for our species but will instead learn more about the reproductive organ of many other animals. This makes for a fun short visit, especially after the sun sets, since it is open till quite late.

How to: Tickets cost $20 and can be bought directly at the museum which is located within walking distance of our hotel.

Climb to the top of expressionist Hallgrímskirkja Church

Hallgrímskirkja Church is an emblem for the city and offers great views from above.

How to: Just head to the church and queue to get up to the bell tower. Admission to the church is free but you need to pay $8 to go the top.

Go on a walking tour of Reykjavik

The best way to get your bearings in the city is to join a morning walking tour that ends with lunch. Hear the local stories, get to know more about Icelandic culture and enjoy a traditional lunch.

How to: This small private tour includes lunch.

This lively market, which happens only in the weekends, is a good place to do some shopping for souvenirs and enjoy the Icelandic spirit. The products sold here are actually locally made, as opposed to mass-production from China. Visit the market located by the Reykjavik harbour on Saturdays and Sundays from 11 am to 5 pm.

Music and bands about Iceland

Iceland has its own range of singers and bands that have become famous and well known in the international stage, one of them I even saw perform live in Singapore.

If you want to get acquainted with the local music scene, below are a few bands and musicians you can check out to immerse yourself in the culture.

We have also put together a playlist for the trip which you can listen to on Spotify.

Because Iceland is such a unique place, there is a lot to learn through the eyes of locals and through reading stories, especially the many books about Icelandic sagas that gave the English language the word.

Below are some recommendations for fun, riveting and interesting reads.

Movies about or shot in Iceland

Below is a list of documentaries, movies and shows you can watch to learn more about Iceland or simply marvel at its beautiful landscapes.

More Reading Before Your Iceland Trip