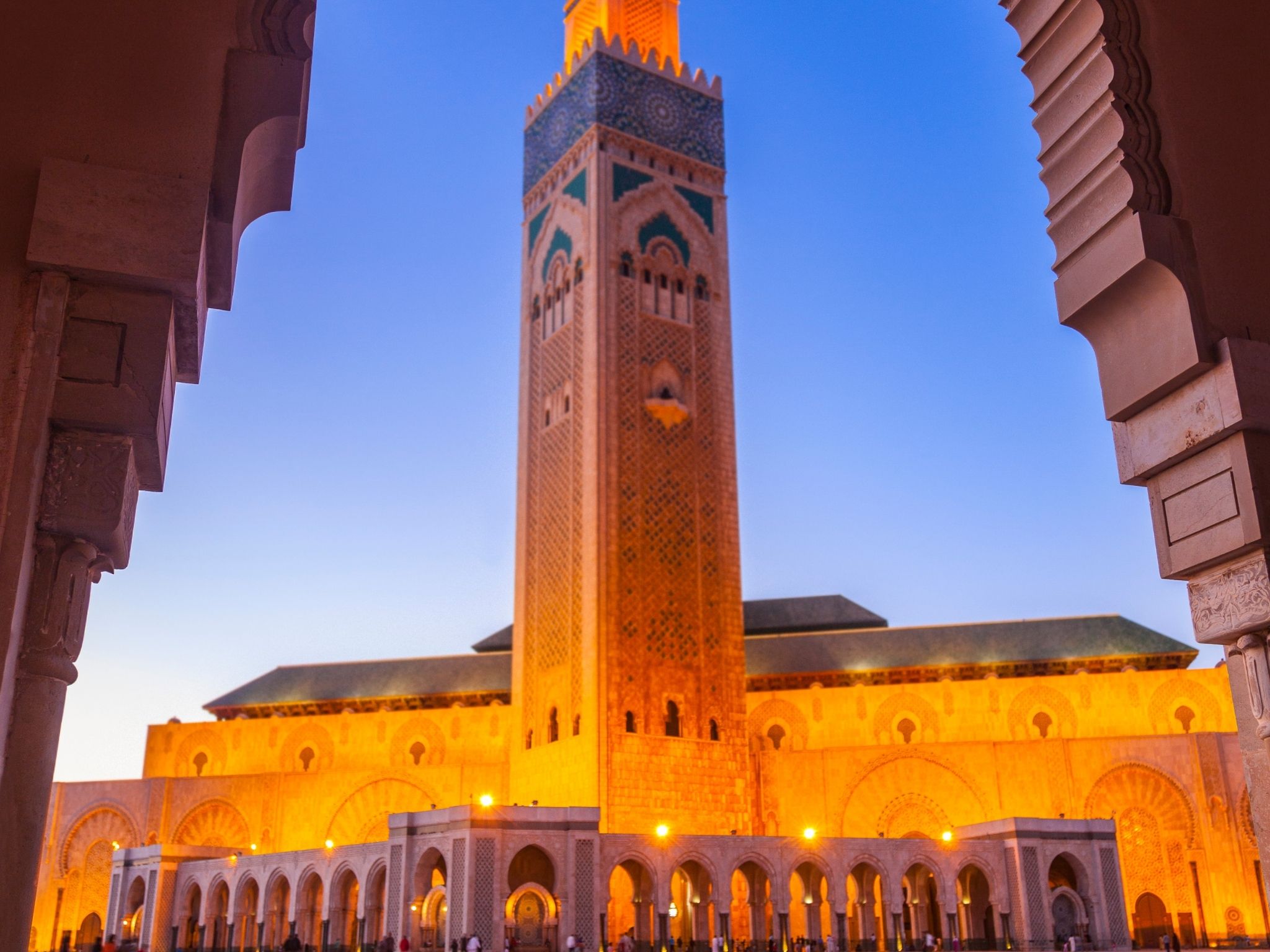 In this article you will find travel tips for Morocco, fun facts, movies and shows about the country, books you can read to go deeper into the culture, and so much more.

Be prepared for your trip with our Morocco travel tips and get ready for a fabulous trip!

A brief history of Morocco

Our Morocco travel tips start with a bit of background to get you situated.

Morocco has one of the richest heritage of all African countries thanks to the many civilisations that established presence.

Annexed to the Roman Empire in the 1st century AD, Morocco remained part of it until the advent of Islam with the Arabs who conquered it in the 7th century AD on their way to Spain.

The Alawite Dynasty which is descendants from Prophet Mohammed and remains in power until today, came to dominate Morocco in the 17th century. In the decades that followed, Morocco was the home of pirates that pillaged trading vessels in the Mediterranean.

France and Spain’s interest in colonising Morocco started in the mid 19th century and culminated in 1905 with an secret agreement that divided the country between the two, with France dominating most of the country and Spain taking control of the Western Sahara in the south.

But this agreement was short-lived and in 1906 the Conference of Algeciras returned control to the Sultan of Morocco and France’s powers were reduced. This only lasted until 1912 when the Sultan agreed to becoming a French protectorate.

With nationalism growing following WWII, Morocco achieved independence both from Spain and France in 1956 but the Western Sahara continue to be under Spanish control.

The country’s openness and civil rights have expanded since independence but a large percentage of the population continues to live from subsistence agriculture and below the poverty line.

The Western Sahara remains a disputed territory that Morocco and Mauritania have tried to conquer and annex since Spain withdrew in 1976, after Franco’s death.

The local rebel group Polisario Front (Frente Polisario), has fought for independent of Western Sahara since then and a cease fire was mediated by the UN in 1991 with the promise of a referendum that the Moroccan King has since opposed.

Below you’ll find some quick fire facts to get you started on our Morocco travel tips.

This is an amazing country but there are some things you need to know before visiting Morocco in order to make the most of your trip. In this section, we aim to tell you some Morocco travel tips and advice so you can be fully prepared. We hope you’ll find them useful!

Heath and safety is important when traveling. Nobody wants to be sick when overseas and when traveling long distances, eating foods we are not used to and sleeping in a different environment, it is much more likely to be a bit under the weather. Here are a few health tips to consider.

Our travel tips for Morocco would not be complete without talking about the local customs and culture in Morocco which, for most of us, is probably different from what we are used to

While Arabic is spoken in many countries in the world, every country has a different accent and dialect and Moroccan Arabic is quite different from the rest because of the influence of Spanish and French, and it hard to understand by other Arabic speakers.

Traditional Moroccan food has Arabian, Spanish and French influences and shares a lot of dishes with other North African and Mediterranean countries but is also unique in its own way with many dishes not found anywhere else.

Besides the great food, there are also a few other rules surrounding eating in Morocco.

Moroccans tend to eat with their hands though forks and spoons are always offered and used. The traditional couscous dish is eaten with three fingers and pressed into small balls before being scooped out.

Bread serves to accompany food and scoop it out. The right hand is the only hand used to eat, as the left is dirty in Islam.

Tipping is always a personal decision based on the service you have received. However, tipping in Morocco is expected in most interactions, including unwanted help offered in the medina, at the airport, etc. If someone offers to help you out, they will expect a tip.

Because constantly tipping can be quite overwhelming, we have included tips in our trip price. That means that a portion of the trip goes towards the many staff at hotels, restaurants, artisan workshops, stores, etc. who you will be visiting throughout the trip.

The only tip not included in the price is the tip for your local host and guide who you can tip entirely at your discretion.

Selling, haggling and “just having a look”

Sellers and artisans in the medinas will try to get your attention at every turn with an invitation to come into a store to “just have a look”. Along will follow a well rehearsed performance that is designed to show you their best wares and entice you to purchase.

Unavoidably, visitors feel guilty for the time spent by the artisans unfolding many carpets, picking dozens of kaftans or explaining elaborate artisanal work and compelled to purchase something.

We believe that all the artisans and sellers who take the time to show us their work should be compensated for their time and for sharing their expertise. At the same time, we also believe tourists should not be guilt-tripped into purchasing something they do not want.

For this reason, we have also devoted a part of the trip price to compensating all the artisans and experts who will show our guests their craft so that you only buy a souvenir or beautiful gift if you want to.

Souvenirs from Morocco to buy

Morocco is a shoppers paradise. There are so many souvenirs to buy that you may want to bring an extra shopping handbag to put them all in or, better yet, a very light suitcase with lots of free space.

Artisanal products, carpets or even furniture are available for sale in Fez, Marrakech and the larger cities of Casablanca and Rabat. Most stores offer shipping to the US and Europe at an extra cost and can organize this for you.

Items that appear bulkier, such as carpets, can be flat packed into small parcels that can easily be fit into your suitcase.

While the below products are found for sale anywhere across the country, Fez is the major production center of the country and the city where the original artisans and workshops are. The range of items and the quality / price equation is better here than in Casablanca or Marrakech which receives them from Fez.

Below is a list of the best souvenirs to buy in Morocco.

Books about or set in Morocco

Morocco has inspired many movies, epic adventures and books, some of which have become classics. Below are some recommendations for inspiring, historic and interesting reads.

Movies about or shot in Morocco

Morocco is a very popular movie production destination and has the second largest movie set in the world. The first movies filmed there were the result of producers and film makers looking for new backdrops to film movies against and Morocco, being so close to Europe, was a great option.

The first movie filmed there was The Moroccan Goatherd which was released in 1897 and since then, many classic movies have been set in the deserts and medinas of Morocco..

Below is a list of documentaries, movies and shows you can watch to learn more about Morocco or simply marvel at its beautiful landscapes.

Before we close the list, I wanted to share a fun fact. The famous movie Casablanca was not filmed in Morocco but in los Angeles.

More Reading Before Your Morocco Trip